The renowned vision of Prophet Joseph is mentioned in the Holy Qur’an:


When Joseph said to his father, “O my father, indeed I have seen [in a dream] eleven stars and the sun and the moon; I saw them prostrating to me.”


This vision has been mentioned in the Torah too (Genesis 37:9). The significance of this vision is that the children of Joseph shall be granted excellence and superiority to the other children of Israel, including the Jews (Judah), Levites, etc. The reader should beware that Prophet Joseph had two sons, Ephraim and Manasseh. These descendants of Prophet Joseph were part of the northern Kingdom of Israel, which came to an abrupt end in the 8th century BCE as a result of the Assyrian captivity. There have been many modern-day claimants to the “Ten Lost Tribes of Israel”, ranging from British Israelism to the Black Hebrew Israelites. However, serious scholars and historians dismiss such fanciful claims. The truth is, the Israelites in the Assyrian captivity were taken east, in what is modern-day Iraq and Iran, coincidentally, the heart of the Muslim world. 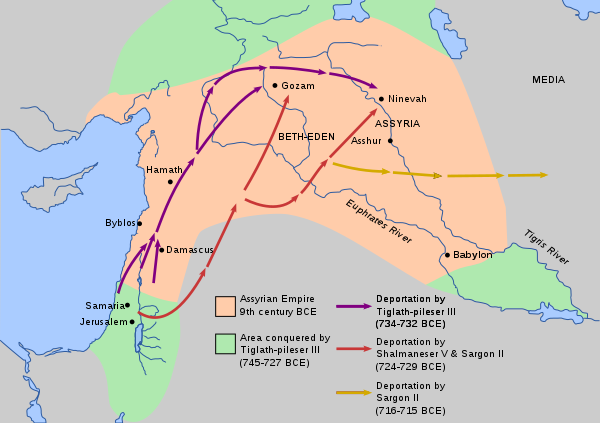 Undoubtedly, their surviving descendants, including the descendants of Prophet Joseph through Ephraim and Manasseh, eventually became Islamized and are today among the Muslims of that region. Hence, the purport of Prophet Joseph’s vision was fulfilled in the sense that Allah blessed the progeny of Joseph with Islam, and made them superior to the other Israelites, especially the Jews.
at December 17, 2017